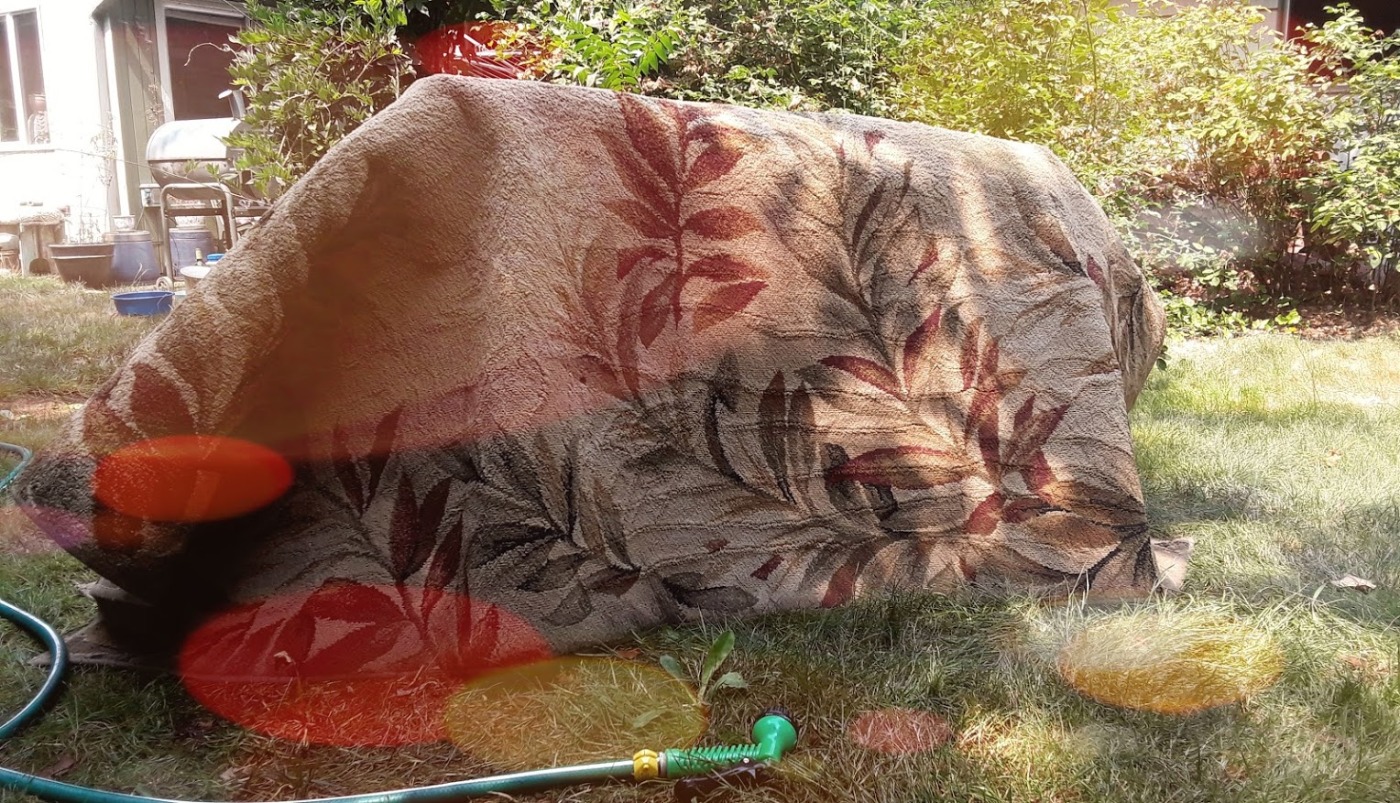 Day 2 of cleaning the rugs … Yes, it’s still in process. I thought I had both clean when evening fell; the rinse water seemed to flow clean, but now it appears to be a trick of the low light.

This morning, when I again forced water into the nap of the rugs, it still developed a muddy color – even the front room rug, with its light green leaves, which I considered to be only 1/4 as dirty as the hand-me-down area rug. So again, I went through the process of forcing the jet spray into every inch of the rugs and then rinsing them off. Between my errands, I will still have to “comb” these two down meticulously a few more times until my water run-off is clean.

I’m amazed at how much dirt their fabric can hold. Except for spills, I thought the Leaves Rug to be fairly clean-ish despite being about 10 years old; it mainly only has to hold up to bare feet. The hand-me-down rug – passed to me by my hubby’s ex-wife – I knew was fairly dirty – despite beating it and vacuuming it, it regularly sheds a great amount of fine dirt, so much so that the floor wax under it gets sanded off.

Truth be told, the Leaves Rug was supposed to have replaced this dratted thing; I wanted it thrown away. But Hubby thought it would still be needed in cold weather months to cover the cold floor, and so – many, many years & cleanings later, it still is here. Even the dirt – yesterday the pre-cleaning vacuuming resulted in about a cup of dirt from it. This time it is getting the most thorough cleaning I can give it. (And he was right, it is useful the second half of the year).

And even though both rugs still look very clean to the eye, the water pours muddy off them. Which, again, leaves me amazed at how much dirt fabric can hold.

Which, again, my mind thinks makes a great observation about life in general.

So much so it has become my prompt for today  “how much dirt fabric can hold”.

If you go into human prehistory, especially when monotheism is present, clothes is used to cover up our “natural sin” – our bodies – because they are “dirty”. (Note: Not MY belief, I am very much in favor of naturalism and being clothing-optional.Oof course I am equally in “pro” for an outfit that makes my skin look glowing and my face happy) ) There is a long practice of using clothes to give an image of being clean, pious & spiritual – especially when one is not. Many generations of nobility have used status clothing to hide their own perverse behaviors.  Which leaves me thinking “If you are trying to attract so much attention to your clothes, WHAT dirt are you trying to pull attention away from?”

And then there can be a metaphor in cleaning the clothes … we use soap and water these days, sometimes chemicals (as in dry-cleaning). In Roman & Medieval times, they not only used lye (a caustic agent) but also urine. Yes – they washed their clothes in literal piss. (I honestly think this can be an apt representation of America’s politicians these days.) Can you imagine the smell!

Extrapolating on this, I can imagine a future where soap & water would be deemed as unhygienic as urine. (In the medieval times’ water WAS considered unhygienic – a carrier of germs and diseases. Of course, they also polluted their water frequently with bodily wastes and rotting corpses. Let’s face it, as elegant as it looked – medieval times were pretty dirty and germy.)

Yeah – I do my research. More importantly, I have relatives who research out our genealogy. So I can look back in pre-history and see WHO I got genes from. WE all have some genes floating in our DNA that derived from centuries past …

And, I just checked the time – I have a doctor appointment this afternoon so I need to go. I’m going to drop this musing here and let you pick it up

I may have shared this one before … but it seems fitting for the day. 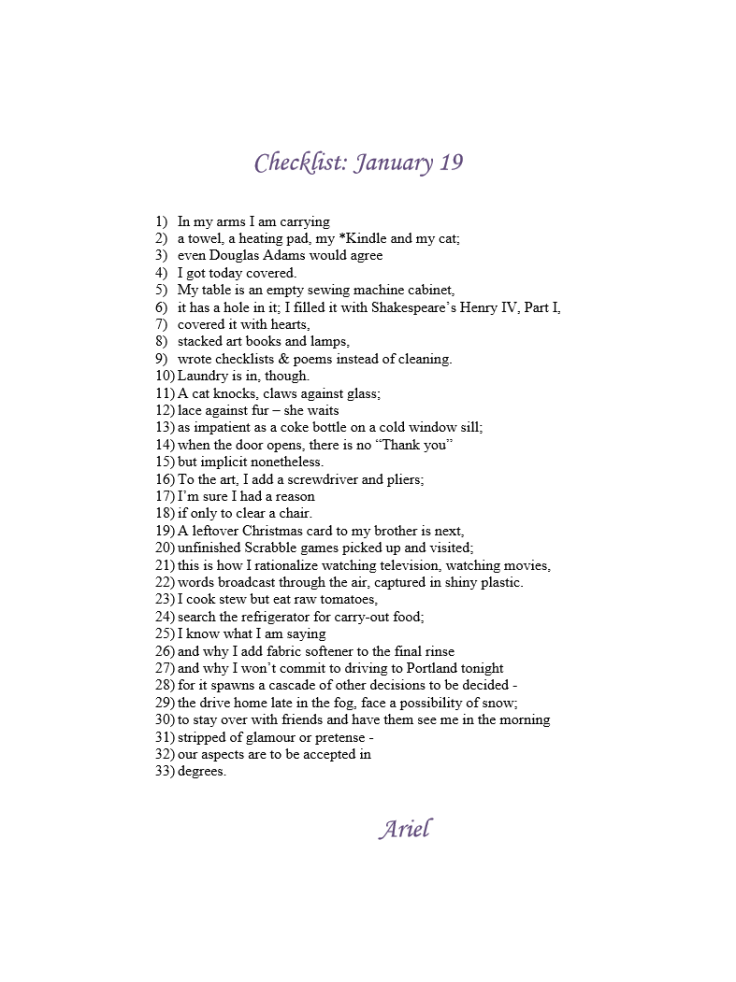