Day 6 This is one of those days when I have to build this post in stages; my computer nicknamed Lady Pixy is acting like a bitch,  only giving me increments of 3 consecutive minutes at a time …

My PAD prompt is … “black stone”

Today’s I’m recycling a PAD prompt from a previous year  – probably originally posted the NaPoWriMo site. It is to write a homage to  Cesar Vallejo’s Black Stone on a White Stone.

You can treat this many ways:

It will be Thursday, because today, Thursday, as I prose
these lines, I’ve put on my humeri in a bad mood,
and, today like never before, I’ve turned back,
with all of my road, to see myself alone.

César Vallejo has died; they kept hitting him,
everyone, even though he does nothing to them,
they gave it to him hard with a club and hard

also with a rope; witnesses are
the Thursday days and the humerus bones,
the solitude, the rain, the roads. . .

Other PAD challenges are …

Want to see what else is from 2011? How about my original response to it? 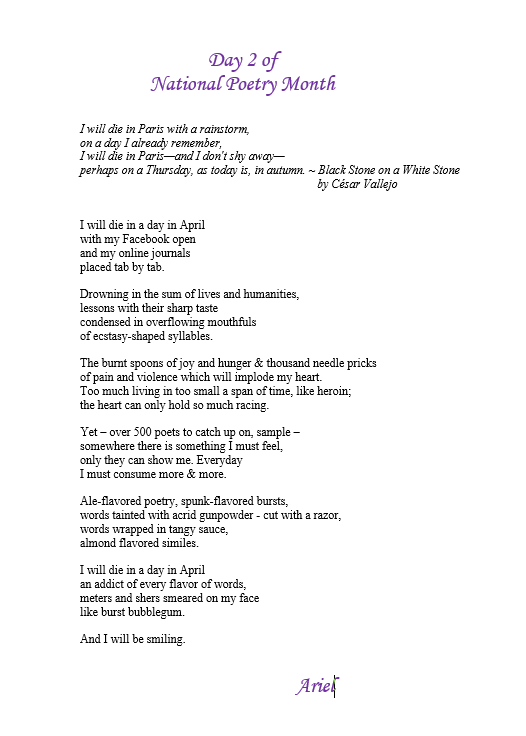